access_timeDecember 2, 2017personJunaid HassanfolderProgramming, Tech
Sometimes in a program we need to get values from user, process the values entered by user and print / output the results of that processing on the screen. In order to get values from user we use ‘scanf’ function which is part of the stdio.h library. Following simple program explains how to use scanf function to get 2 numbers from user, sum the 2 entered by the user and print the sum of 2 numbers on the output screen. 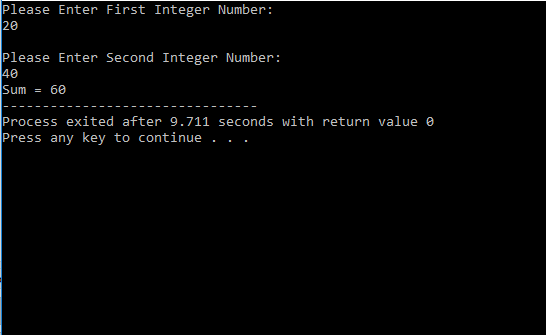